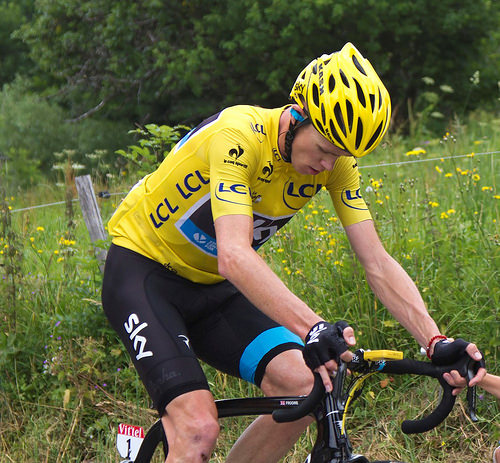 The final climb of the 2015 Tour de France was really quite something. A French cyclist, Thibaut Pinot, in the lead; Chris Froome, in the yellow jersey, a few minutes back; and in between, Nairo Quintana, effectively bearing down on both of them. The Colombian was far and away the fastest-moving – but did he have enough road?

The answer was no. Pinot was 18 seconds too far ahead, and Froome was 1m12s too close.

For Pinot, the stage win was a delight in a race in which he’d variously thrown a world class wobbler, decked it on a descent in pursuit of a stage win and been pipped at the post by a marauding Steve Cummings.

For Froome, it was an agonising finish – the classic road racing scenario where a forlorn rider battles not to catch a rival, but to minimise how far they can get ahead. The gap was growing and growing and Froome will undoubtedly have used everything he had, but he can comfort himself with the thought that he will win the 2015 Tour de France.

For Quintana, there is satisfaction that he gave a good account of himself at the end, but also frustration at how the first week panned out for him. He lost 1m28s to Froome after being caught out in the crosswinds on stage two. Who says the Tour de France is won and lost in the mountains? 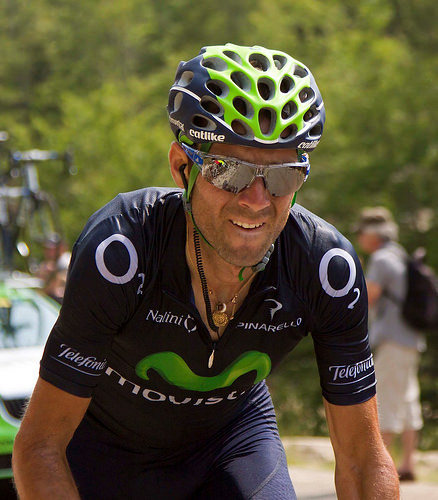 Stage 20 was also a vintage stage for the man widely considered the most cock-faced bell-end in the peloton – Alejandro Valverde. The man’s so irrepressibly, unavoidably, relentlessly Valverde-ish I’ve actually started to warm to him.

Other than being a fairly unrepentant ex-doper, Valverde’s reputation is of being a wheelucker par excellence and a man who would never ever help a team-mate if there were any way whatsoever in which he could advance his own interests instead. It’s a slightly caricatured view of him, but pleasingly amusing when it appears to hold true.

On the lower slopes of Alpe D’Huez, Valverde got ahead of the yellow jersey group. It was generally accepted that he was moving into a position where he could subsequently serve as a workhorse for team-mate Quintana as he strove for overall victory; an engine to tow him, in effect.

Sure enough, Quintana attacked and shortly after, he caught up with Valverde. Now was the Spaniard’s time to show his selflessness. Now was the time to ride on the front, allowing Quintana to draft him, preserving valuable energy for further up the mountain.

Valverde immediately tucked in behind Quintana and allowed the Colombian to tow him along. The fact that he was presumably too tired to do any meaningful work is almost besides the point. It was a gloriously selfish moment. But he wasn’t finished yet.

Towards the top of the climb, he was riding with Froome. As the Kenyan-Briton bore down on the line to win the Tour de France, Valverde nipped past him to claim fourth place on the stage. You simply can’t teach that calibre of pettiness.

Sprint finish on the Champs Elysées. Mark Cavendish is still in the race and will want to repair his reputation, André Greipel will want to enhance his still further, Peter Sagan will want that elusive stage win and Alexander Kristoff will want to feel like there was some sort of point riding round France for three weeks.