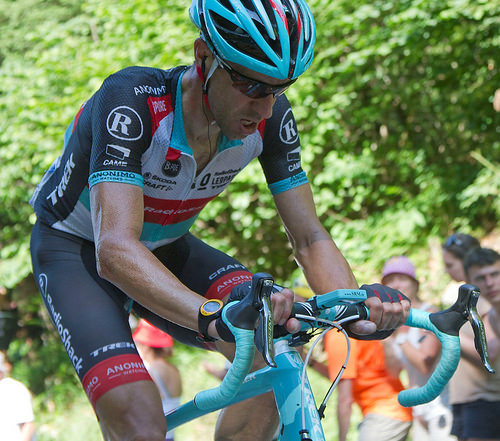 It’s not every day you get to meet a genuine cult hero (which is of course the best kind of hero). I interviewed Jens Voigt last week. The headline above was one revelation that somehow didn’t make it into the piece I did for road.cc.

Here’s the context. He was telling me about the type of rider he was.

“I’m not a GTI racing engine, I’m a turbo diesel. Then I had to work out a way to make things happen for myself with the cards I had been given. And I realised quite early in my career that my chances are the best when the race is hard, sticky, nasty and uncomfortable. If everyone’s put through a meat grinder, it’s good for me. I never liked rain and bad weather conditions, but I had a lot of great results in bad conditions. I would be the least affected by it.”

So basically, he could endure more than anyone else.

That’s Jens in a nutshell. He endured pain and suffering like no-one else and he endured in the sense that he lasted as well, cycling professionally well into his forties (this was the main topic of that road.cc interview, if you’re at all interested in hearing more).

Jens also said that he’s writing a book at the moment. Somewhat unbelievably for a man of his reputation, he’s currently short of words.