Cycling up the Swiss Hill cobbled climb near Alderley Edge

In the spirit of research, I cycled up Swiss Hill today to get an idea of what it must be like to tackle the cobbled Flemish bergs seen in the Tour of Flanders and many of the other Belgian classics.

It absolutely wasn’t that I couldn’t follow the route I’d been planning on doing, found myself next to it and went up it on a whim because I knew it was infamous. 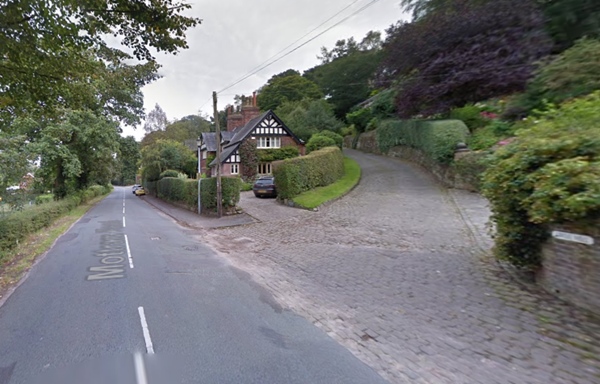 All images taken from Google StreetView

The exact length and average gradient rather depend on what you consider to be the start and end. It’s roughly 700m at 10% which is in the same ballpark as the legendary Koppenberg, which is 600m at 11.6%; and it perhaps trumps the Paterberg, which is 360m at 12.9%.

How does it feel?

Living on the fringes of the Peak District, steep slopes are not unknown to me, but I wanted to know what impact the cobbles would have. There’s a cobbled stage in the Tour de France this year for one thing, but it’s also worth having an idea what the riders are going through at the Tour of Flanders and Paris-Roubaix because these races are renowned for being the toughest there are.

The novelty lasted just a few seconds. As the road steepened, I realised that riding uphill over cobbles is an almost transcendentally unpleasant thing to do. 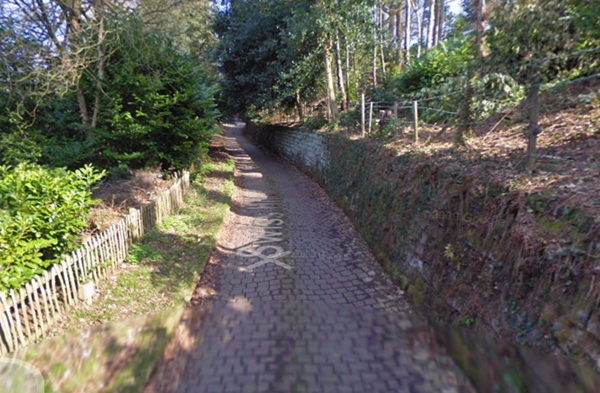 It’s not that I thought it would be easy. I’d anticipated it being hard and annoying. Have you ever ridden into a bit of a pothole on an otherwise smooth road and lost a big chunk of speed? I’d kind of assumed it would be like that, but near constantly.

But it isn’t really. That kind of experience is irritating because you lose momentum and sacrifice recent effort. Here, you never actually have any momentum, so the clunks are somehow less frustrating. Every pedal stroke transports you the exact distance that your wheel has revolved and no further. That’s the deal.

No, the overwhelming sensation is actually just one of profound physical discomfort. It’s all the leg-burning, wheezing effort of a normal steep hill with your heart tapping out that worrying syncopated rhythm. Then, on top of that, there’s a whole extra dimension of misery as you’re bounced around, vibration coursing through your handlebars like you’re clinging onto a cartoon pneumatic drill that’s got some place better to be.

Suffice to say, I was mightily relieved to reach the top – although the elation somewhat dissipated when I took a sharp left and realised that this wasn’t actually the top at all. 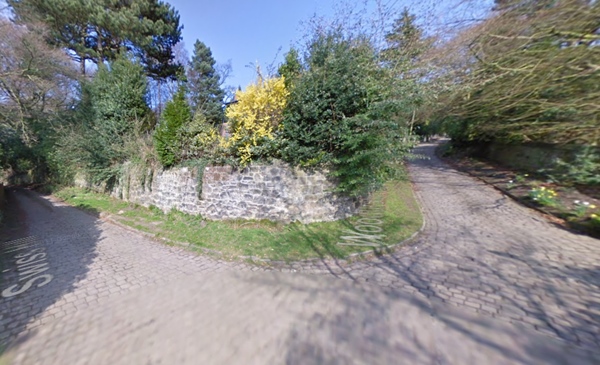 Don’t be fooled by the beautiful spring scenes in these images, by the way. It wasn’t like that. There was a thick slick of old damp leaves in the gutter. You quickly learn to lower your standards considerably with regards to what you consider to be a reasonable road surface. If most of the cobbles are there and they’re vaguely flat and they’re not covered in moss, mud or leaves, then you aim for them.

One of the big challenges is that you pretty much can’t stand on the pedals, even where it rises to 16%. If you do, your back wheel loses traction. You need to sit and sustain steady power without any sudden surges.

By the time I reached the actual top, my bike had picked up at least a couple of new weird noises. I hope it’s okay. I haven’t checked it properly because when I got home I needed to go indoors and eat a number of sandwiches.

Hell yes. This was one cobbled climb. Those guys do any number of them over the course of a race and they don’t get to pick a day when it’s not lashing down with rain and blowing a gale either. Chapeau to them all. Even the crap ones.