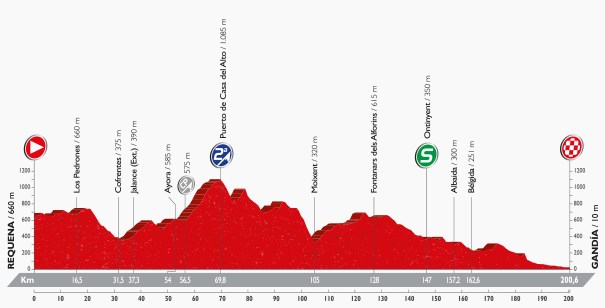 It took a while, but we finally got a fairly normal sprint stage. Danish rider Magnus Cort Nielsen – whose nickname is purportedly ‘Sex Symbol’ – took the win. If we’re to categorise this year’s Vuelta stage winners, he probably goes down as ‘up and coming’ rather than ‘low profile domestique having his day in the sun’.

The long-awaited time trial is here – and it’s probably not going to prove as crucial as it threatened to be because Nairo Quintana has a whopping great lead to defend. The Colombian has crashed out in time trials before now but he can take it fairly easy. There’ll be some chopping and changing behind him though with riders queuing up for third place.

Today’s stage term is ‘marine plain’ – a coastal rocky platform, located at low-tide level, that appears in front of a rocky cliff. 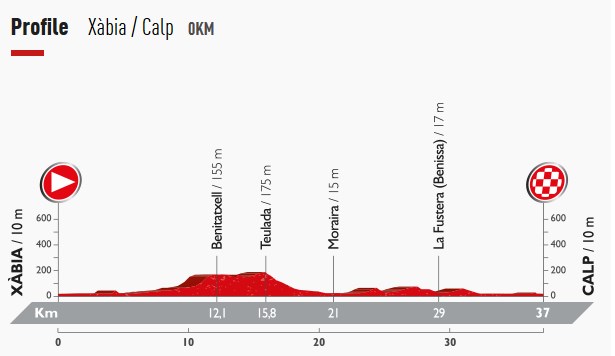