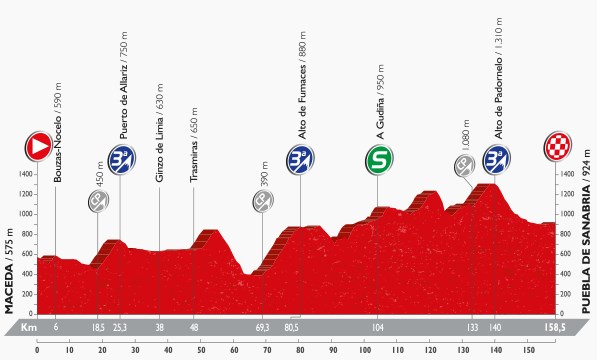 There’s a case for saying that the so-called sprint stages are the most interesting in the Vuelta. The relative dearth of actual sprinters and the fact that no stage is particularly flat lends a delightful air of uncertainty to proceedings.

Stage seven was not dissimilar to stage six. This time it was Astana rather than Orica-BikeExchange who decided to make a mess of things with 50km to go. They powered along a narrow road that gradually wound its way uphill and for a time we ended up with all sorts of odd little groups.

Come the finish, there were a few familiar faces in contention. I was confident that with a better known protagonist, I might for once have had a bit more of a story to tell in this report. There was former world champion, Philippe Gilbert; there was the seemingly ever-present Alejandro Valverde; there was Gianni Meersman, who had impressively avoided being dropped… And there was Jonas van Genechten…

He has less of it after a nasty high speed crash near the finish. Contador’s pretty hard – he has ridden up mountains with a fractured tibia before now – so when he said after the stage that he was in quite a lot of pain and that he was rather dreading the numbing effects of the adrenaline wearing off, you know it’s serious.

Almost comically contrary, the Vuelta makes its first proper mountain stage the flattest of the race so far. The day is nothing, nothing, nothing and then oh sweet Jesus! (Jesus Herrada, obviously – this is a secular website.)

This stage is so exciting it provides two stage terms. An endorheic lagoon is one that does not flow out or connect to other rivers. All the water that arrives in the lagoon stays there until it filters into subterranean waters or evaporates. The other is ‘meander’ – which is what some rivers do. I knew that one. 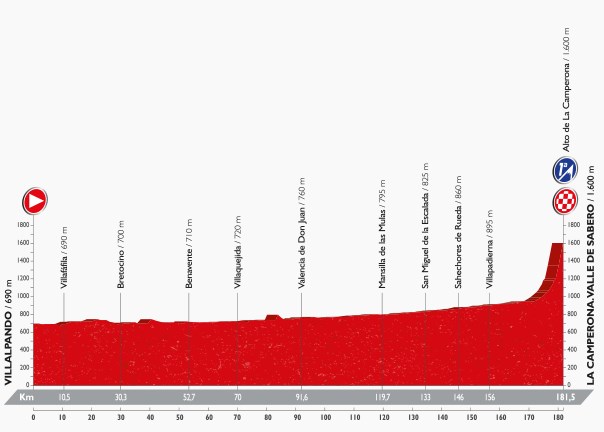