Matteo Trentin as if from nowhere 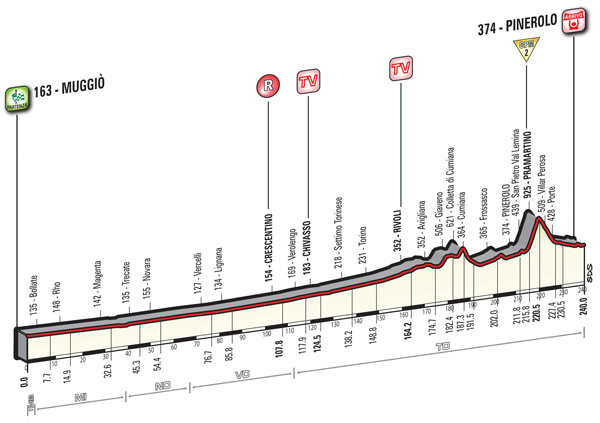 Matteo Trentin won another for the breakaway. It was an odd one though. Worth watching.

For the last quite-a-few kilometres, stage 18 seemed certain to be a mano-e-mano duel between two Italians (mano nella mano?) – Moreno Moser and Trentin’s team-mate, Gianluca Brambilla (who we already know from earlier in the race). The day’s break had fractured on the hills and these two had seemed by far the strongest.

The pair had a 30 second lead at the top of the final climb, but with just a few hundred metres to go, Trentin loomed into view. Trentin is a much, much faster sprinter than Brambilla and Moser. With 200m to go, he floored it and was so much quicker than his rivals that he was able to freewheel most of the final 100m and still win.

The general classification battle behind

Not much of anything really. Alejandro Valverde on one of the climbs, Vincenzo Nibali on one of the descents – these things are pretty much par for the course, but no-one got away and nothing changed.

Maybe everyone was saving themselves for the next two stages.

Steven Kruijswijk’s in a more than handy position with a three minute lead, but the race isn’t over yet. If disaster were to strike, it would strike in a high, high mountain stage with a summit finish.

Stage 19 is precisely that, hitting 2,744m at one point. That point comes after – I shit you not – a 21km climb. The average gradient of 6.8% also masks the fact that the first 12km are much shallower. Kilometres 12-21 average somewhere closer to 10%.

The final climb isn’t as nasty, but it does of course come afterwards. That matters and it’s still 13km at 7%.

Only one local delicacy is listed for this region: Mela di Risoul. 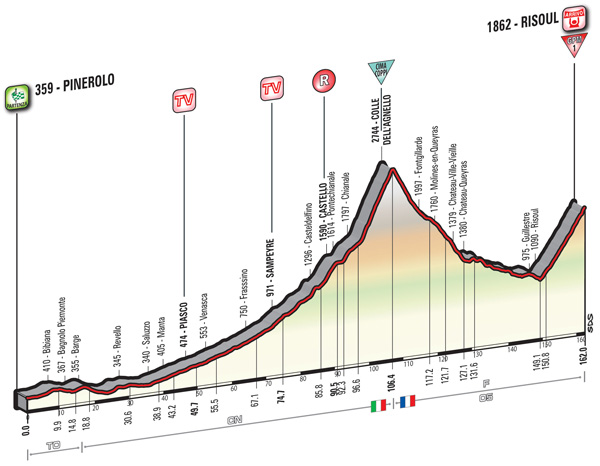