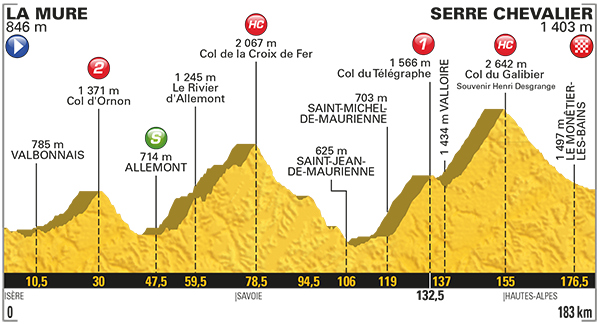 Last year Primoz Roglic was one hundredth of a second away from wearing the leader’s jersey in the Giro d’Italia. He went on to win the second time trial in that race, even though it was the first time he’d ever ridden one longer than 10km.

He’s clearly a man who’s still exploring his potential and this is not entirely surprising because up until 2011 he was a ski jumper. He was junior world champion in 2007 but eventually canned it after concluding that he wouldn’t be the best in the world.

“At the end of my ski jumping career, I bought myself a bike and discovered that I am pretty good with it,” he told Cycling News matter-of-factly last year.

Things do seem to be going well. No-one else from the break could hold off the favourites – not even Alberto Contador – but Roglic managed to retain a gap of 1m13s and so secured a massive win. 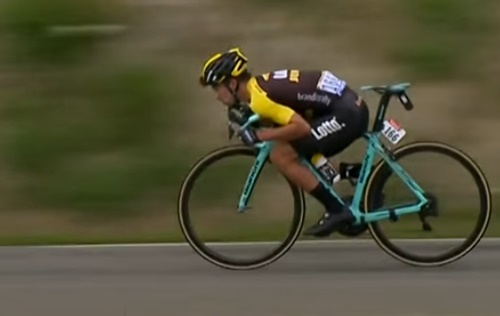 Primoz Roglic is unafraid of downhill speed (via YouTube)

He’s still only 27 and having won a grand tour time trial and a mountain stage like this one, you can be fairly certain that he’s among the best around. A career as a grand tour leader surely awaits.

It was a bad day for Fabio Aru. So zippy early on in this race, he’s been looking more and more lethargic. He slipped just a few seconds behind his rivals near the top of the Galibier and the gap only grew on the descent. Dan Martin finished in the same group and they both lost 30s.

Because there was only Roglic up ahead, there was a sprint finish in the front group for bonus seconds. Rigoberto Uran, blessed with the luxury of gears on this occasion, was always going to win that one and Chris Froome nicked four seconds for third.

Uran’s six second time bonus put him second overall by a few hundredths of a second that he secured in the opening time trial. Today’s probably not the day for the displaced Romain Bardet to seek out Primoz Roglic for empathy. 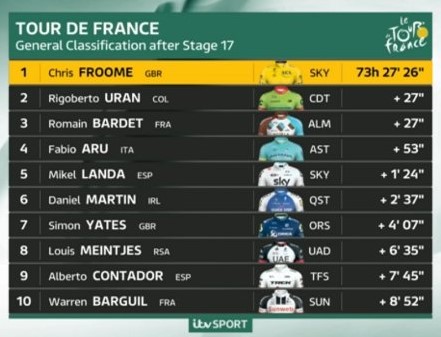 A reminder that the Tour de France is very much an endurance sport, even for the sprinters. Marcel Kittel has not endured.

The German’s been getting more and more tired, rundown and ill – issues that are interlinked rather than being separate misfortunes. Today, he crashed and faced a long day to make the time cut. Instead, he abandoned, which means Michael Matthews has all but secured the points competition.

Steve Cummings swerved to avoid the Kittel crash, went off road and tore his shorts to such an extent that they stopped showing him on television.

Sorry for what follows, Steve, but I’m sure you understand. 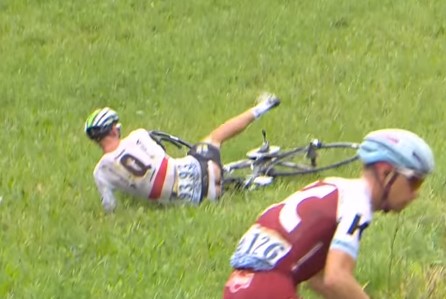 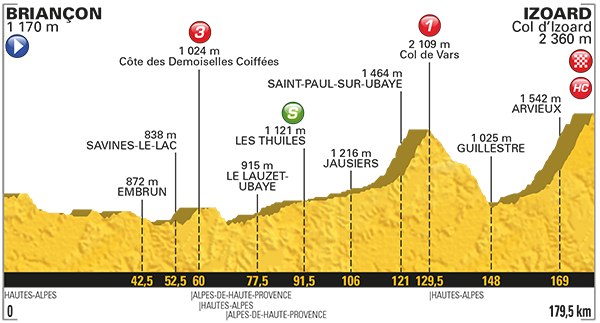 The final summit finish. I’d be surprised if the favourites opted for any tactic other than ‘wait for the final climb and then leather it’ – but you never know.