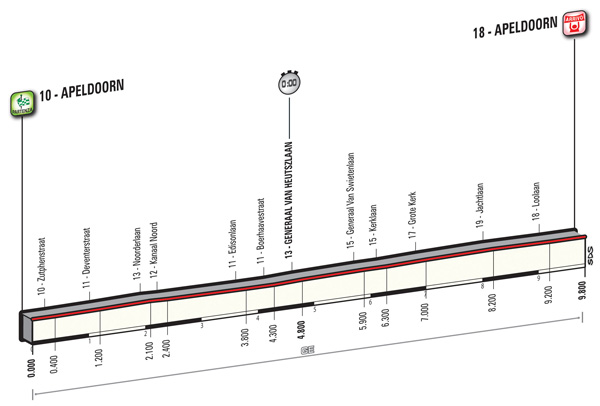 That’s what he says anyway. He’s all: “Ooh no, I’m all about the Olympics this year. I haven’t even been to an altitude training camp or anything. No-one needs to worry about me. I’m just here to race the time trials.”

This may be true, but it may also be bullshit.

Either way, Dumoulin won stage one of this year’s Giro d’Italia, a short time trial of almost Dutch flatness. I say ‘almost’ but only as a needless bit of misdirection before I reveal to you that the stage did in fact take place in the Netherlands.

The Giro’s even more free and easy with its definition of ‘Italy’ than the Tour de France is with its definition of ‘France’. The first three stages of this year’s edition are all in the Netherlands. Today’s was in Apeldoorn. There’s a national park full of mouflon nearby. I mention that because I’ve never had an opportunity to write the word ‘mouflon’ before. You can ride around and look at them because the Dutch being the Dutch, they leave 1,700 bikes lying around in the park for anyone to pick up and borrow for an afternoon.

Dumoulin won by a whopping great margin of one hundredth of a second, edging out Primoz Roglic, whose name I have genuinely never seen once before today. A cursory google reveals that he’s Slovenian and used to be a ski jumper. Andrey Amador, who got a quick mention in my race preview, was third a full six seconds back.

Other than between first and second, the time gaps were actually surprisingly large. Vincenzo Nibali finished 19 seconds down on Dumoulin but will actually be by far the happiest of the overall contenders. Mikel Landa did particularly badly, shipping 40 seconds. Not to be outdone, Domenico Pozzovivo lost seven more on top of that, finishing 97th.

I thought it might be nice to top and tail each day’s article with stage profiles – today’s and tomorrow’s. Everyone likes a pictorial representation of a bike race, no? 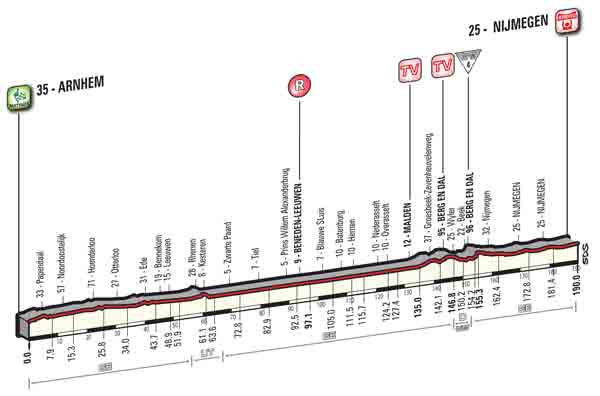