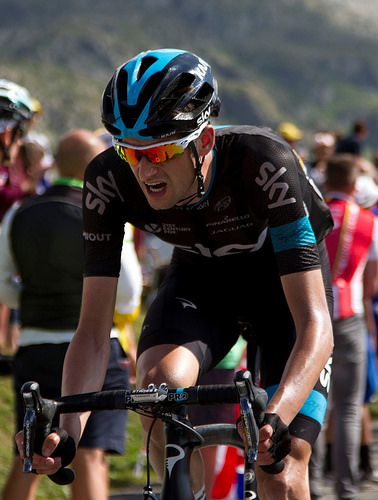 That’s Monument with an upper-case M. A Team Sky monument would be some sort of sleek branded laboratory which was all glass, chrome and empty spaces. A Team Sky Monument is the 2016 Liege-Bastogne-Liege, which for all its Grand Tour sucess is the team’s first absolutely top level one-day race win.

I’ve mentioned this before, but all the talk of marginal gains at Team Sky is a bit of a red herring. Far more meaningful gains come from the team’s enormous budget. They improve their chances of winning by signing former world champions and the like.

Michal Kwiatkowski is precisely this, but when you’ve got a leader like that, who are the support riders? They’re the likes of Wout Poels, a guy perfectly capable of top ten finishes in WorldTour stage races. Sky’s Liege-Bastogne-Liege team also included Chris Froome. It wasn’t the strongest they’ve ever put out, but it still featured more than its fair share of world class riders. That improves your odds plenty. I mean contrast that with Bora-Argon 18, for example. Bora-Argon 18 threw their weight behind Patrick Konrad. Sky don’t really need to pay too much attention to detail to stand a better chance of winning than them.

So as it turned out, Poels was the quickest. He’s not the biggest name, but he’s a top climber who’s most striking for being arguably even more scrawny than Froome. After six hours riding in the kind of damp snow that works its way through to the skin with barely any body fat to protect him, I wouldn’t at all surprised if Poels were to celebrate his win with a bout of pneumonia.

This also happened. La Fleche Wallonne pretty much always amounts to a hill climb after a 200km warm-up. Alejandro Valverde is still the fastest hill climber, just as he was last year and the year before.

The Tour of Romandie is our next WorldTour race. A week long and featuring all your Tour de France style mountains and whatnot, it starts tomorrow (Tuesday).

The three-day Tour de Yorkshire – a very different race – starts on Friday. Not as high-ranked, it’s nevertheless already shown itself to be one of the best-supported races on the calendar and I’m expecting a much stronger field than the inaugural edition last year.