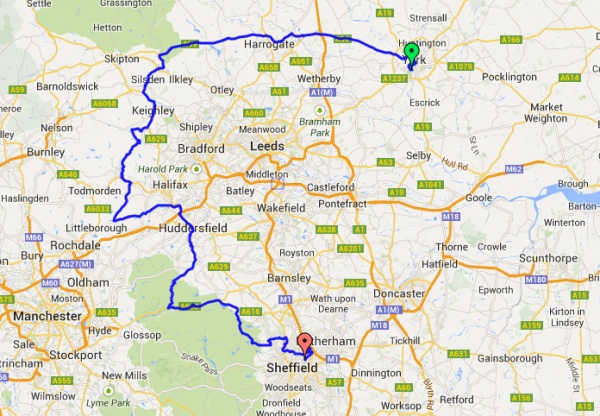 Britain. Proper Britain. This isn’t some half-arsed parade into the centre of London, but proper, harrowing, British cycling. Stage two of the 2014 Tour de France starts in Yorkshire and passes through the Peak District. It’s also long.

Don’t be deceived by the fact that there are no huge peaks, there is around 3,500m of height gain over the course of the stage – comparable to most of the mountain stages and exceeding some of them. Holme Moss is the biggest climb and while nine are categorised, there are probably around a dozen which could have received a rating. I’ve listed a few of the steeper ones below, in addition to the biggie.

This will be a tough stage – surprisingly so, considering it comes so early in the race. It should suit a puncheur – a rider who can produce greater power than true climbers on short slopes which take just a few minutes to conquer. Think Peter Sagan, Simon Gerrans and others who have done well in the Ardennes Classics this year. There shouldn’t be huge time gaps between the main overall contenders at this early juncture, but they could well be separated and a mechanical or a bad day could lead to far worse consequences for one or two of them.

Here’s the profile and below are some of the climbs in the order in which they’ll appear.

These short climbs sound like nothing compared to long, Alpine passes or the ludicrously steep roads they seek out for the Vuelta, but it’s actually the fact that they are short which makes them so interesting.

Physiologically speaking, a short hill is significantly different to a long, steady climb. The riders tackle the same gradient far more quickly, which requires a great deal more power. To some extent climbers are climbers – light riders always have an advantage – but greater muscle comes in handy on these slopes because, unlike in the mountains, it’s actually being used. Think of these climbs as being 90% effort for four minutes, rather than 70% effort for half-an-hour.

The succession of hills will knack people. It will also make it harder to chase back on if you do get dropped. This means that there could be a very select group coming into the closing kilometres and even though that final Jenkin Road climb is short, it’s far from shallow. The below image shows the street in question at its steepest point. (Thanks to Ben, writing on Veloviewer for going to the trouble of Streetviewing this and thus bringing it to my attention.) 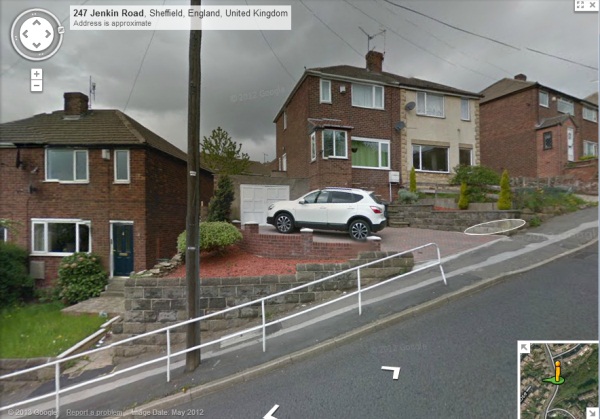 A lot of teams might be looking to take this stage cautiously (Sky), but there will be others that will be looking to do the exact opposite (probably Garmin). It will be hard to control the peloton and the racing could potentially be very interesting. This, combined with the fact that it’s on British roads, means this is probably the day’s racing I’m most excited about in 2014.