Sticking with his new ploy of pitting himself against the even bigger bridesmaid that is Peter Sagan, Van Avermaet pipped the Slovakian to Tirreno-Adriatico by a single second. On his way to the win, he also took stage six. Not to labour the point, but Sagan was again second.

The victory apparently gave Van Avermaet the right to snog a giant trident. 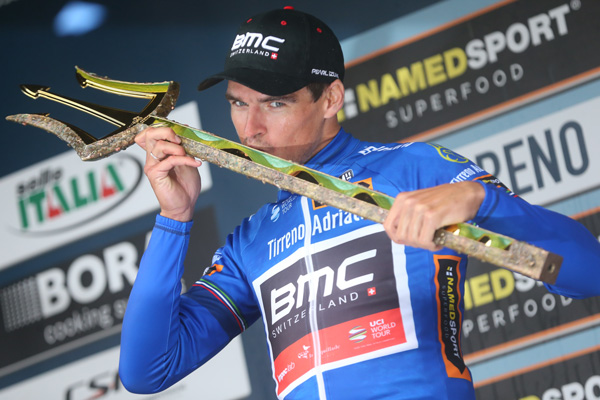 Everyone loves a sexy trident.

Van Avermaet was helped in his quest by the cancellation of stage five. Unlike in Paris-Nice, the decision was taken before the riders had been out in the snow for several hours.

It was pretty heavy snow though. 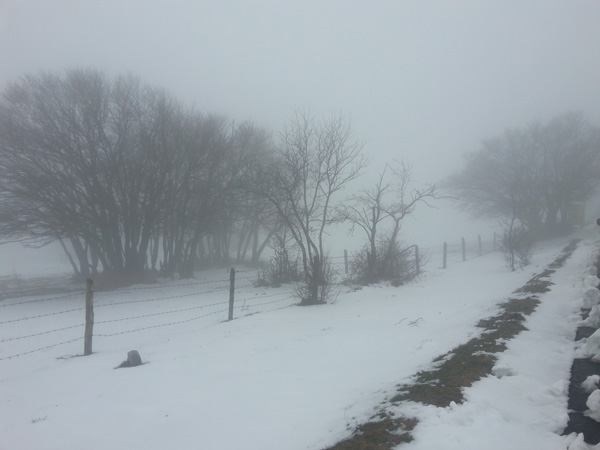 That stage would have had a punishing finish in store with 600m at an average gradient of 22% followed by a short bit of flat and then a couple of hundred metres at 12% to the line (plus a long climb earlier on). Its removal tipped the balance away from the climbers and towards the likes of Van Avermaet.

All he then had to do was a solid final time trial. He came 24th. The winner was Fabian Cancellara.

Spartacus is in his final season as a pro, but remains the man to beat when it comes to shorter races against the clock. This one was 10.1km and he was 13 seconds faster than Johan Le Bon in second and 15 seconds faster than Tony Martin in third. Those are big margins in an 11 minute race.

Cancellara then gave a couple of spiffing quotes, summing up his complex approach to such races and also hinting that he is unusually buoyant ahead of the classics.

“I rode it flat out from the gun as I usually do. I didn’t ride too much this morning because I needed all my body to push the pedals this afternoon. It might have looked easy but it was hard to ride along the sea.”

Hard, but apparently not impossible.

Cancellara will certainly be one to watch for Milan-San Remo on Saturday, as will Van Avermaet. Sagan too, I suppose.