They just held the UCI Track World Championships. Some Britons did well. Some didn’t. Here’s a look at how the nation fared in a handful of the Olympic events to serve as some kind of Rio preview. 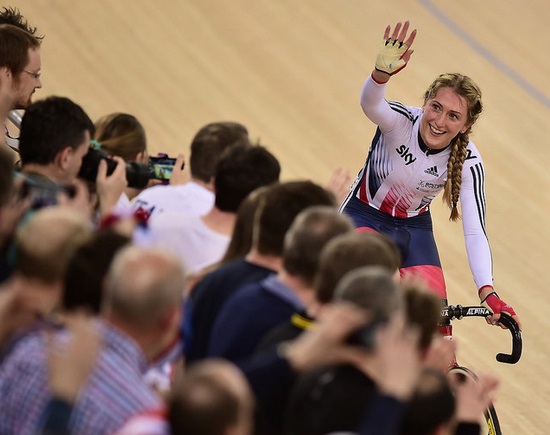 Not strictly speaking an event. More of a person. However, Trott is quite important. Not only is she a key part of the women’s pursuit team, she’ll also be competing in the om-nyom-ni-Omnium.

The World Championships take place annually, so there are more frequent opportunities to win medals. Even so, it’s alarming to think that Trott already has seven gold medals to go with her two Olympic golds at the age of just 23. She is also the most successful rider, male or female, in the history of the European Track Championships with ten titles.

At the World Championships, Trott and co took bronze in the Team Pursuit. She then won the scratch race (which isn’t an Olympic event) before claiming gold in the om-nyom-ni-Omnium. 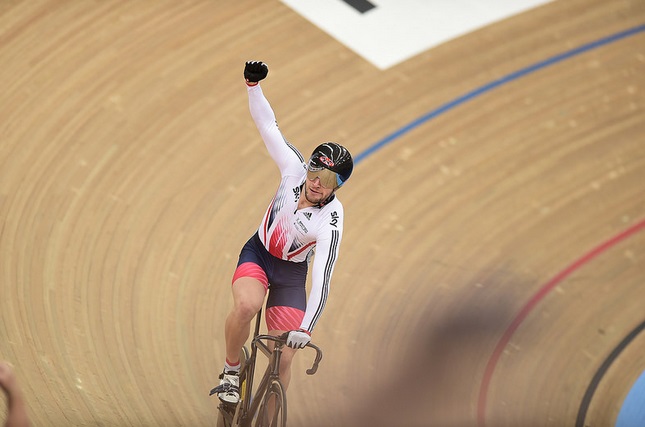 According to Shane Sutton, Trott’s fella, Jason Kenny, is “three times a bear because he hibernates for three years.” The Bolton sprinter hadn’t won any kind of World Championships medal – let alone gold – since winning the Keirin in 2013

But this is an Olympic year and if there’s one thing Kenny does okay, it’s the Olympics. There’s worse times to peak, I suppose. He duly seems to have returned to form and he won the individual sprint.

Speaking afterwards, he said the team had stuck a bigger gear on his bike a couple of weeks ago. It sounds like it was a ‘well, we’ve tried everything else’ kind of move; a desperate roll of the dice because everything was shit. It’s not an approach you associate with the British number-crunching track programme but they must surely now be pondering whether it might be worth sticking on an even bigger gear still. 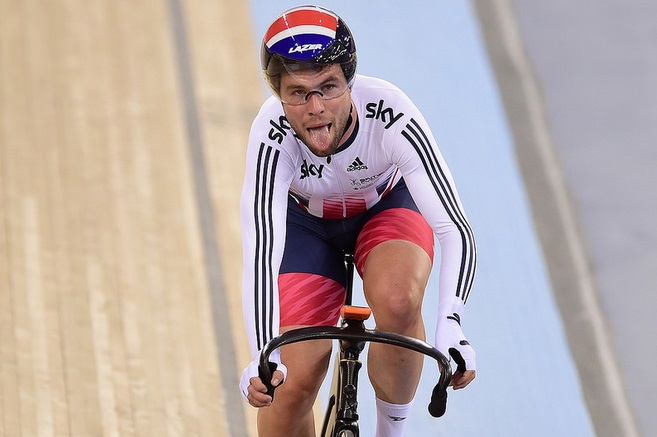 Mark Cavendish wants an Olympic medal. If he’s to manage it, his best chance is on the track, in the multi-event Omnium, so he’s tweaked his training and is trying to make a case for selection. You can think of the Omnium as the Decathlon of the track – only with six events, so a hexathlon, I suppose

How’s it going? Not especially well really. Because he’s done very little on the track in recent times, Cav needs to make a compelling case and sixth place at the World Championships isn’t that. He’s been improving and there’s every reason to believe he’ll improve further, but Great Britain doesn’t exactly struggle when it comes to track cyclists, so they have other options.

One of these options is Jon Dibben. Dibben won gold in the points competition this weekend after streaking away from the field in a dramatic final lap. While the points competition isn’t an Olympic event, it is one component of the Omnium. Cavendish didn’t ride his points race spectacularly well, albeit he was probably racing against a stronger field.

What’s perhaps more pertinent is that Dibben was part of the silver medal winning pursuit team – albeit very much the fourth of the four riders appearing in the final. Due to the rather dull rules and regs of track selection, which I’m not going to delve into, whoever rides the Omnium will also be obliged to ride at least one round of the team pursuit. Cavendish is currently a bit toss at this discipline, so advantage Dibben.

There’s also Ed Clancy who won Omnium bronze in the 2012 Olympics. He’s only just coming back from injury, which might mean the men’s pursuit team might improve a little more as well. Even if they won silver, it’s currently a bit Bradley-Wiggins-plus-Owain-Doull-plus-two-hangers-on.

In a seemingly meaningful but actually meaningless quirk of timing, Britain’s women failed to qualify for Rio at about the same moment that Vicky Pendleton was winning her first race as an amateur jockey.

I always like to end on a downbeat note.

Leave a Reply to John Click here to cancel reply.