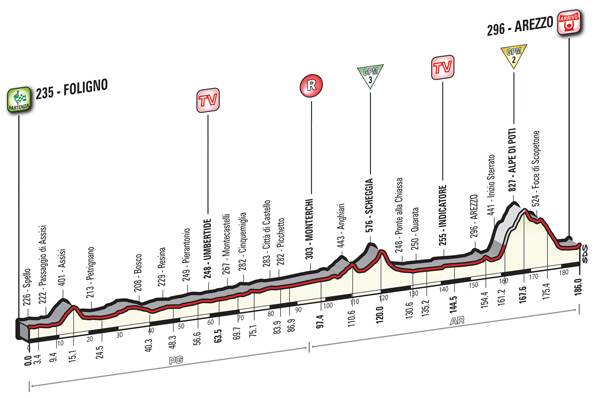 That might be it for Tom Dumoulin. It wasn’t so much the time he lost on the gravelly climb of Alpe di Poti, it was the way he lost it. Riders were swarming past him and he finished 38th on the stage.

His downfall was triggered by Alejandro Valverde who pushed the pace and got shot of a few other potential rivals in the process. Eleven riders finished in the same group as him and the overall winner is sure to come from among them. It was basically everyone from my preview plus Sergey Firsanov who rides for Gazprom-RusVelo. No, me neither.

The stage winner was breakaway specialist Gianluca Brambilla and the Italian finished far enough ahead that he actually slithered into the maglia rosa. Is he strong enough to win the race? I wouldn’t have thought so, but he’s light and can climb and reckons he’s in great nick after putting in a hard winter of training. Sometimes riders can surprise even themselves.

It’ll all change tomorrow, but here’s a quick snapshot.

No prizes for guessing the culinary delight associated with what’s officially branded The Chianti Classico Stage. It’s a rolling 40.5km time trial and should look rather beautiful. It should also deliver real structure to the general classification for the rest of the race. This is one of the big days. 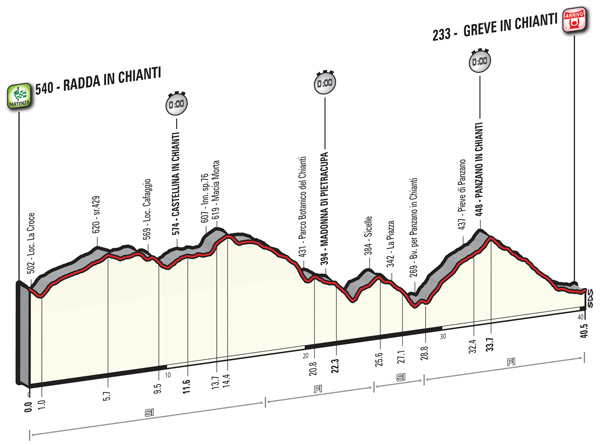