How are you supposed to feel about Alejandro Valverde being world champion? 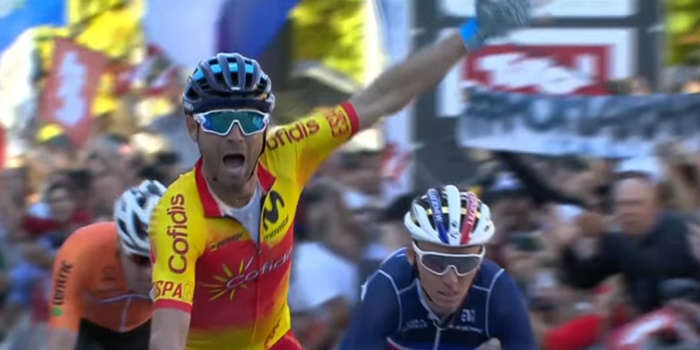 After two silver medals and four bronze ones, Alejandro Valverde’s world championships bridesmaidery finally came to an end this weekend.

There’s probably a fair bit of overlap between those two groups. If you’re in the middle of the Venn diagram, I make no promises that this article will resolve the cognitive dissonance. It might even increase it.

First things first, the men’s 2018 World Championships Road Race was very good. This was in large part because it was raced in the mountains.

It was tough enough that neither of the Yates brothers managed to stay with the front group to the end. Peter Kennaugh ended up being the first British rider over the line. (Remember him? After his time at Sky, he’s been through a spell of hating cycling, but appears to be getting over it.)

The organisers apparently played AC/DC’s Highway to Hell in Innsbruck this week – a reference to this hill right near the end of the race. 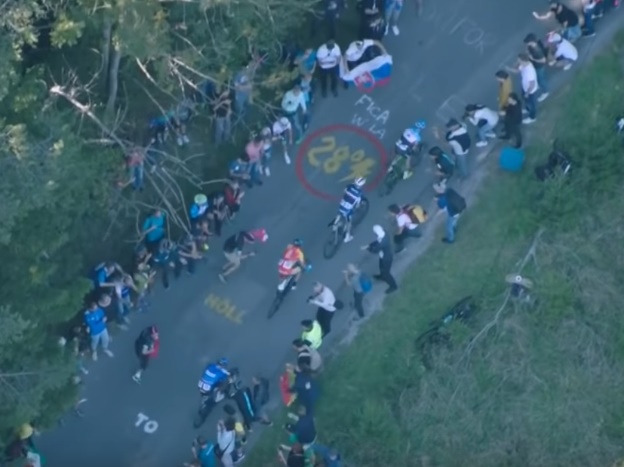 You can’t gauge much from that overhead angle, but you can read “28%” and also “Höll”.

Hell decided the podium. By the top of it there were three riders: Valverde, Romain Bardet and Michael Woods (who is probably the best in the world on these 20 per cent, out-of-the-saddle climbs). Tom Dumoulin actually caught them up a bit later on, but he didn’t really have anything left.

Valverde started half-sprinting from quite some way out and then went faster and faster and nobody ever came past him.

It was pretty much the archetypal Valverde win: try and be the equal-best climber over the steep stuff and then pick off your remaining rivals in the final few hundred metres.

Cycling will always be vulnerable to doping, but there has been a cultural shift over the last decade. We can probably agree that 38-year-old Valverde is the last of the real full-blooded dopers. (More than full-blooded, actually. It was actually pretty common to add blood.)

Doping scandals these days are piss-weak by the standards of yesteryear. These days we usually argue about the rights and wrongs of treatments that cyclists have been given permission to take. A few years back it was a simpler time: riders took banned drugs and carried out DIY blood transfusions in hotel rooms. You knew where you with that shit.

Valverde served a suspension in 2010 and 2011 after a bag of blood containing EPO found in 2006 was DNA matched by Italian anti-doping officials who had taken a blood sample at the 2008 Tour de France.

He denied it, fought the ban in court, lost, served his ban, and then came back. 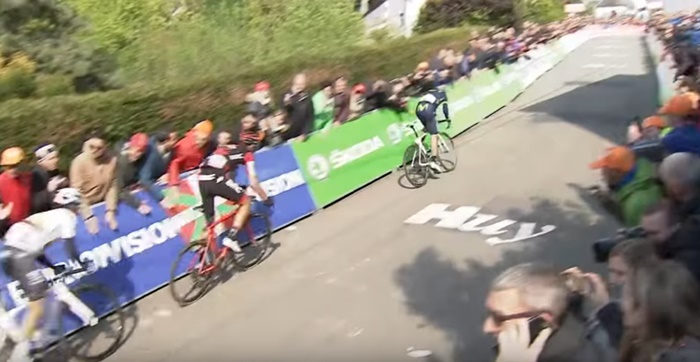 Alejandro Valverde is 38. When he takes his helmet off, he looks it. With it on, he’s the same as ever.

I have come to slightly love Alejandro Valverde. I thought the process began in the 2015 Vuelta when he spent half of stage 19 randomly attacking because he was bored – but actually, looking back through this site, I see that he was wearing me down long before then with his irrepressible Valverdeishness. (A particular highlight was when Chris Froome was bearing down on the line to win the 2015 Tour de France and he sprinted past him for a completely meaningless fourth place on the stage.)

Valverde is a bike racer to a degree that puts everyone else to shame. From February to October, he races to win. Whether in one-day races or Grand Tours, he finishes outside the top ten basically never – and he is still doing this with as much success as ever at the age of 38.

If you’re not yet 38, let me try and remember what it was like to be 38 to tell you about it. It’s not so much that your body takes longer to recover from things and aches more in the morning, because I’m not 100 per cent sure whether that’s true. The big difference between being 38 and, say, 28, is that everything in life’s just a little bit more familiar; a bit less worth getting excited about unless it’s a 100 per cent new experience.

Alejandro Valverde has been riding his bike for a very long while now and he still seems to love riding his bike a great deal more than anyone else. That, to me, is kind of admirable, so I don’t mind him being world champion.