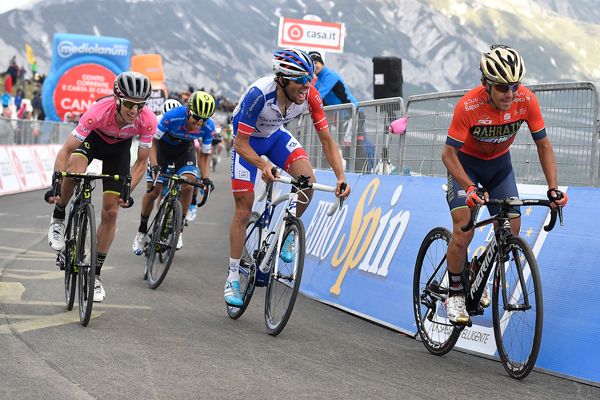 The top week one climbers (LaPresse)

We’re nearly halfway through this year’s Giro d’Italia, but most of the serious racing is still to come. If we’re trying to pick out a potential winner, we need to find someone who is (a) climbing well, (b) not getting tired and (c) a half-decent time-trialist.

I think we’ll get a better idea about (b) in the week ahead and (c) only comes into play again at the start of the final week, so for now let’s just concentrate on (a) and quickly rank how well our main contenders are cycling uphill.

This is roughly how I’d have it at the minute.

There’s a disclaimer here in that in one sense Lopez is probably climbing better than quite a lot of the riders I’ve put above him. However, he has also been prone to falling off his bike and riding into fields and the like and I honestly feel like staying upright is a pretty key aspect of climbing.

Looking back on the week just gone, two stages really stood out as being important, so let’s wholly focus on those and just kind of ignore the others.

I said after the opening time trial that Simon Yates’s form was ominous. On Mount Etna he rode away from all the favourites, caught up with his team-mate Esteban Chaves – who’d been out in the break all day – and coasted home 26s ahead of his rivals to take the overall lead. 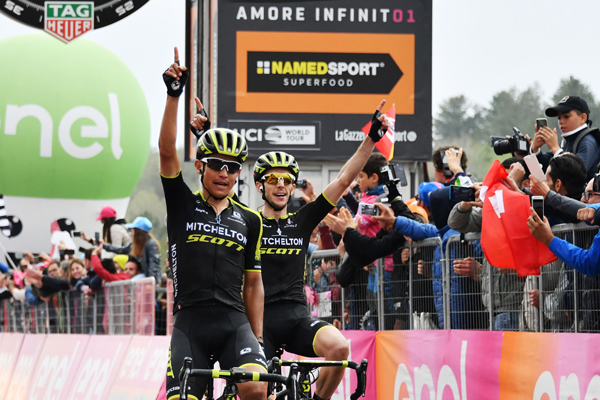 This was no mean feat. The favourites had been jabbing away at each other all the way up the slope. Chris Froome had been repeatedly distanced in that “screw you, I’m riding my own pace” way of his, but so too had Tom Dumoulin at times. It was bruising stuff, but Yates exited the scuffle via the front door and in that big-geared powerful way of his simply rode away from everyone.

He seemed to close the 20-second gap to Chaves in about 15 seconds. (That’s rhetoric. Don’t do the maths.) 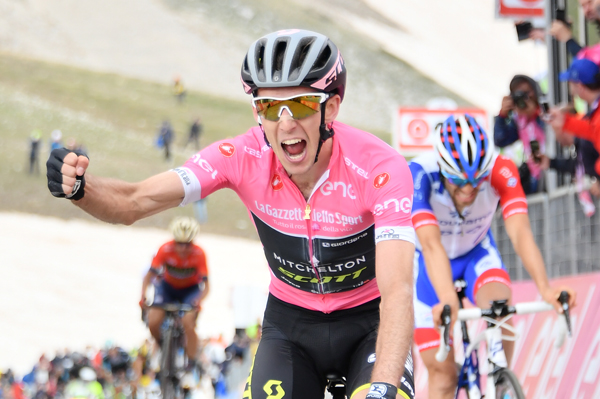 This was a classic final climb with an ever-dwindling front group that descended into attacks once there were only the main guys left.

What we learnt was that Yates really is the strongest climber at the minute (he won the stage) but that Pinot, Chaves and Pozzovivo are operating at roughly the same sort of level.

After that, there’s a gap to Dumoulin and then Froome is very much off the pace. Captain Elbows really didn’t impress. He lost over a minute, which is plenty on any stage, and several of his team-mates looked in better shape.

The idea is that Froome’s arrived fresh and will be strongest in the third week. If it really does pan out that way then he could still win the Giro.

It’s all well and good being Simon Yates, racing away from everyone every chance you get in the first week because the simple fact is that there were really only these two chances to make use of the good form. If this was Yates’s best week, he’s spent most of it waiting for steeper roads, which is not a very productive use of one’s supremacy.

In contrast, the third week brings twice as many chances to take time on your rivals. If you’re racing well then, you can really cash in.

But will that actually happen for Froome? Yates could well fizzle out as the race wears on, but would his countryman really be the man to exploit that, should it actually happen?

That sort of progression doesn’t really inspire confidence. I don’t see any sign that Froome’s improving and to be honest, it looks like the opposite.

Nor have there been any signs of Yates tiring – although Tom Dumoulin is still well within striking distance ahead of that time trial.

A good week for Simon Yates, obviously, and while Chris Froome has had a bad week, Louis Meintjes’ has been worse. The South African is 5m44s behind Yates, so this is probably the last time he’ll get a mention.

Thanks to Froome’s form, I’m going to have to give you the top 11. 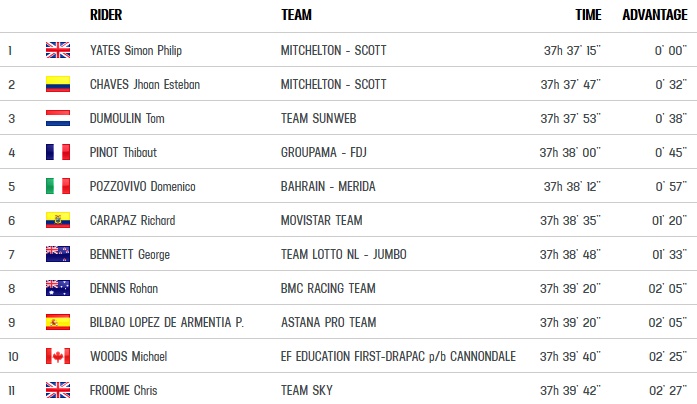 You’ll probably notice a trio of unfamiliar names in there too. Richard Carapaz is a young Ecuadorian who is racing very well; George Bennett is a Kiwi who finished 10th in the Vuelta a couple of years ago; and the Astana lad’s Pello Bilbao, a Basque rider who I really quite honestly hadn’t been all that conscious of on any level until I published these standings just now.

Stage 10 (on Tuesday) is long but unspectacular.

Stage 11 has a short steep uphill finish, which shouldn’t result in big time gaps, but might give us another climbing snapshot ahead of the weekend’s challenges.

Stage 12 should be a sprint finish.

Stage 13 most definitely will be a sprint finish.

Stage 14 (on Saturday) finishes up the Zoncolan, which is more than a bugger of a climb. We’re talking double-digit gradients for most of the 10km. Several people will lose the Giro on this one and perhaps also the will to live.

I’ll update you again on the increasingly traditional Monday-or-possibly-Tuesday.