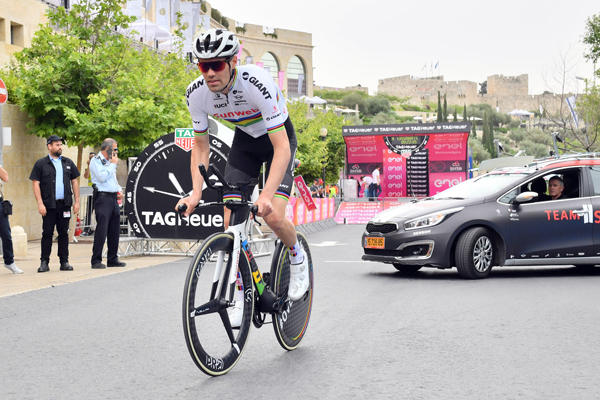 The first rest day has come disconcertingly early in this year’s Giro d’Italia, in large part because the organisers saw fit to begin with a long weekend outside Europe.

The three stages in Israel have set the scene reasonably well. The opening time trial raised many interesting questions about the overall contenders, while the two sprint stages raised and then answered pretty much all of the questions regarding the sprinters.

Sprinting through the sprints

Before this race began, you’d probably have had Elia Viviani down as being the best sprinter. On stage two, he found himself woefully out of position at the finish, but still won. On stage three, he won again, confirming that he doesn’t really have much to prove against the other fast finishers who are taking part.

I don’t think this Giro is going to be a vintage one for sprinting, so unless something dramatic happens, I’m going to ignore those stages from now on and concentrate on the overall. This makes life simpler and easier and if there’s one thing I love, it’s a simple and easy life.

The tale of time

The opening time trial was where the real stories were.

Chris Froome managed to crash quite badly while previewing the course. You don’t need to be an expert to know that coming off your bike before the race has even begun constitutes a less-than-optimal start to three full weeks of competition.

Maybe he was cautious, maybe he was hurt, but the upshot was that when it came to the actual proper racing, he finished 37s behind Tom Dumoulin, who went straight into the race lead.

To put that time gap in perspective, Domenico Pozzovivo was 10s quicker than Froome. This is a hell of a result for our tiny piano-playing amateur meteorologist hero, but probably also indicative of a very bad day for the Team Sky man. Thibaut Pinot was faster than him too, albeit only by four seconds.

The most eye-catching result was undoubtedly Simon Yates, who finished just 20s behind Dumoulin in seventh place. The time trial is Yates’s weakest discipline, so this is ominous. Based on his performance, I am very excited to see how the Bury lad fares in the mountains.

So Tom Dumoulin is in the lead then?

No. Rohan Dennis was two seconds slower than him in the time trial but then took three bonus seconds at the intermediate sprint on stage two. He is technically in the lead, but not by any meaningful margin.

The proper hilly racing starts today (Tuesday). We’re in Sicily now. It’s lumpy and bumpy, the roads are shitty and there’s a 1km climb to finish. It’ll be a very hard day and we might even find ourselves starting to forget about someone who we thought was a legitimate contender. 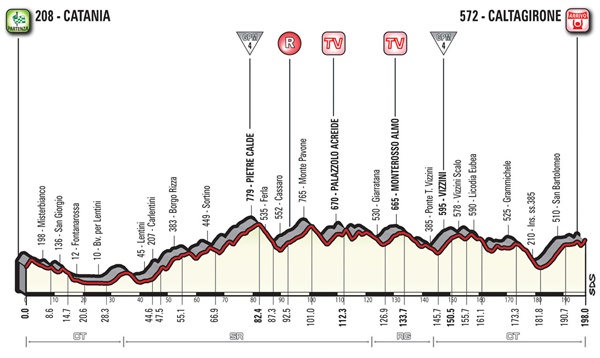 There’s somewhat less dramatic Sicilian hilliness on Wednesday, a proper mountain stage summit finish on Thursday and then two more summit finishes at the weekend. I’ll fill you in on what’s happened on Monday or possibly Tuesday (I find it’s unwise to set myself deadlines of unshakeable firmness).