Peter Sagan can even finish second to Greg Van Avermaet 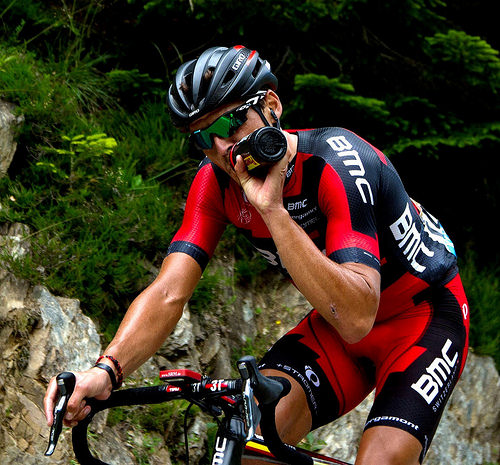 There are a handful of riders who I characterise as perennial bridesmaids, but Jesus Christ, if you’re coming second to Greg Van Avermaet you’ve entered a league of your own. For a long time I thought Greg’s full surname was Van Avermaet Narrowly Missed Out On Victory.

So the Peter Sagan runner-up story rumbles on. He’s now finished second on a third of this year’s stages in addition to a great raft of them last year. I really feel like I jumped the gun when I wrote that he was starting to get frustrated with near-misses after stage seven last year.

On that occasion, he had briefly gone clear of the leaders along with Van Avermaet before being reeled in again. It was exactly the same here, except this time no-one could catch them. The big green Slovak seemed perfectly placed to outsprint the Belgian but found he had nothing left after the all-out effort up the short steep climb that heralded the finish.

Sagan says he would have won if he’d remained out of the saddle after the climb and had just carried on past Van Avermaet. “It was my mistake and I’m pissed now,” he remarked in that typically Sagannish fashion.

Any crash is bad and the mass pile-up earlier in the race was a particularly bad example. However, for sheer squirm-inducing unpleasantness, it would be hard to beat Jean-Christophe Péraud’s solo slide.

On ITV4’s highlights show, they added some modesty blurring when he stood up again. Just think about that. Gravelly friction had worn away his skin-tight lycra at the exact spot where he keeps the old gentleman. What chance it and its two compadres emerged unscathed?

Doesn’t look too spectacular (here’s the profile), but the final climb is 3km at 10.1%. In terms of the duration and intensity of the effort, we’re in Mur-de-Huy-and-then-some territory, even if it’s not quite as steep. There will be time gaps between the overall contenders.