Philippe Gilbert has a colourful time at Amstel Gold 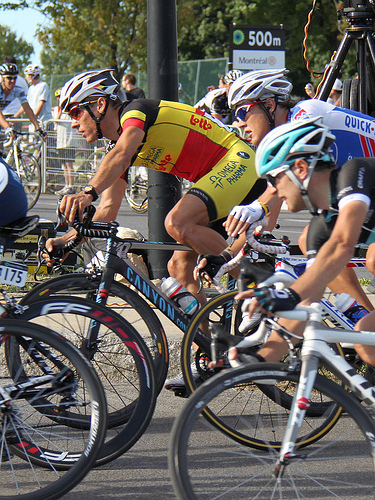 Ardennes Week (which is actually eight days long) is when we segue from one-day racing to stage racing.

Amstel Gold, La Fleche Wallonne and Liege-Bastogne-Liege involve much of the hurly burly of the cobbled classics – including that peculiar phenomenon where riders actually race to win, rather than conserving energy for the following day. However, they also involve a bit more climbing and smoother roads, so the competitors are a little more like Grand Tour riders, physiologically speaking.

Amstel Gold was won (for the fourth time) by the Tour of Flanders winning Philippe Gilbert. He is clearly in exceptional form and would have been among the favourites for the two other races this week if he hadn’t also torn a kidney midway through.

Here’s a recommendation for you. Should you ever tear a kidney, a short-term painkiller is available to you in the form of winning Amstel Gold.

According to Phil: “When I crashed, I felt pain, but once I remounted and continued the race things became better and better and the pain disappeared.”

Other than ‘sustaining damage to internal organs’ Gilbert’s tactics basically involved matching whoever was fastest up any given climb and then outsprinting whoever was nearby at the finish. The first part of that masterful strategy left him with just Michal Kwiatkowksi to dispatch via the second.