Stage 10: Marcel Kittel sticks with the obvious road to the green jersey 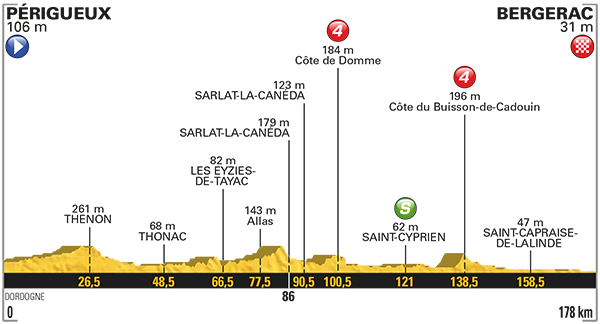 First up, a bit of green jersey housekeeping because I omitted a couple of pertinent developments from stage nine, what with focusing on the general classification and all.

Most strikingly, Arnaud Demare, who was doing well in the points competition, is out of the race. He gave it everything to successfully make the time cut on stage eight, but those efforts merely meant that he couldn’t achieve same feat the very next day.

The other thing to note was that Michael Matthews has his eye on the points his burly rivals cannot even contemplate. As well as stage finishes, riders can also boost their total at each day’s intermediate sprint, which comes midway through the stage.

On flat days, this means a slightly half-arsed version of a normal sprint finish, featuring all the usual protagonists. However, in mountain stages, it’s actually a hell of a feat to be at the front of the race where you might actually be able to take some of the points on offer.

No other green jersey contender even bothers trying, but Matthews is actually capable of achieving this goal and duly claimed the full 20 intermediate sprint points available to him on stage nine. This was no mean feat considering he needed to get over two hors categorie climbs ahead of everyone else to do so.

You’d imagine that he’ll try and hoover up all the points he can by getting into the break on future mountain days as well.

There are a lot more points on offer for stage wins – and Marcel Kittel just secured another. It’s hard to compete with that.

Matthews, who is a hell of a sprinter when there are no other sprinters around, was 13th. He earned four points to the German’s 50 and is now 102 points adrift.

It seems a bit bleak, but there will be a couple of stages when Kittel won’t be able to go for the win and Matthews will, so you never know.

Nacer Bouhanni, who finished just ahead of McLay, reminded everyone that he’s (genuinely) planning on pursuing a boxing career when he retires from cycling by hitting someone in the head during the run-in. He was fined 200 Swiss francs.

Last year Bouhanni missed the Tour after injuring his hand in a fight with drunk hotel guests the night before the French national championships.

Speaking about his sprinting today, he said: “I was lacking my legs.”

Rafal Majka didn’t turn up for today’s stage. He’s injured from the same crash that did for Geraint Thomas and has had to abandon. 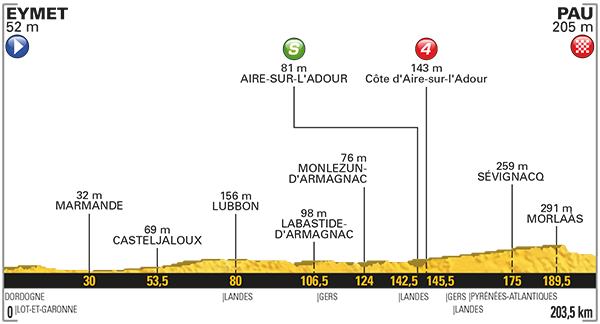