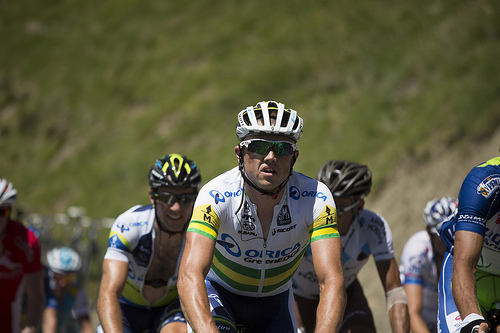 ‘Who’s in form?’ we asked, a touch rhetorically, ahead of this year’s Tour Down Under. We concluded that the most likely answer was ‘a bunch of Australians’.

It wasn’t the most specific race prediction, but we think you’ll agree it was pretty accurate.

Caleb Ewan, who hadn’t changed nationality during the course of the week, then won stage six.

Gerrans gained enough time through his stage wins and didn’t lose enough from Porte’s stage win to take the overall. It was the fourth time he’s won the race, which bodes well for what I’ll refer to as his monumental spring racing without deigning to explain what that means.

Gerrans always does well at the Tour Down Under because he climbs well enough and can outsprint most. This means he can get over smaller hills with the leaders and then sprint for time bonuses at the finish.

In contast, second placed Richie Porte won the main summit finish but, in his own words, struggles to sprint out of sight on a dark night. The time gaps are biggest on the Willunga Hill stage, but a win there rarely seems to be enough in itself.

Some half-arsed warm-up racing in the Middle East ahead of the spring classics. Both the Dubai Tour and the Tour of Qataur will get a surprising amount of media coverage because they’re organised by the companies in charge of the Tour de France and the Giro d’Italia and therefore have a certain weight of press releases associated with them which makes coverage quick and easy. Don’t be fooled. The serious stuff kicks off with the Omloop towards the end of February.