All hail Niki Terpstra, the most Belgian man ever to have failed to be from Belgium 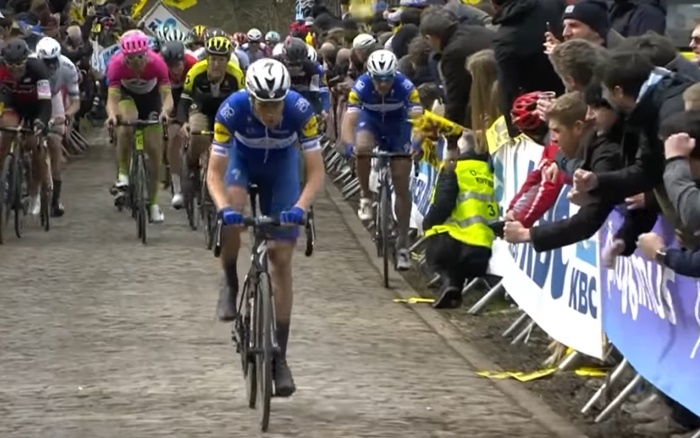 Niki Terpstra in the Tour of Flanders (via YouTube)

Here are all of Niki Terpstra’s other Grand Tour results, in ascending order:

It’s safe to say that three-week races aren’t Terpstra’s forté. He likes one-day races, in Belgium, over cobbles, in the spring.

“I call it real racing,” he said after winning this year’s Tour of Flanders.

This is how Niki Terpstra celebrates winning the Tour of Flanders. 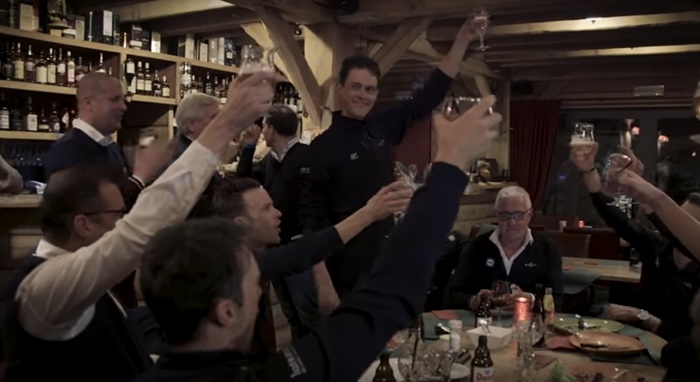 While that is almost certainly Champagne in his hand, you will see that on the table everyone has a Duvel. There was a better screengrab I could have taken from a second later when there were even more Duvels in shot, but life is short, so I’m just going to tell you about it instead and you’ll just have to trust me.

Earlier in the week Terpstra had warmed up for the Tour of Flanders by winning E3-Harelbeke, which is probably the equal second most Belgian bike race.

This is the top five:

You will not be at all surprised when I say that Niki Terpstra won Paris-Roubaix in 2014.

It is hard to imagine a man being any more Belgian than Niki Terpstra, which is quite a feat when you consider that he is Dutch. While Dutch is just about as Belgian as a man can be without actually being from Belgium, it is nevertheless technically classified as ‘not Belgian’.

I put it to you that no non-Belgian has ever been more Belgian than Niki Terpstra.