Diego Ulissi can still do hills – but can he do mountains? 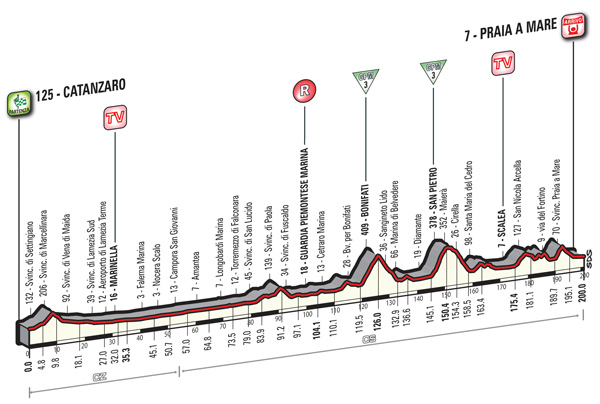 I tipped Diego Ulissi as a rider to watch in 2014. He won a couple of stages of the Giro, but then took three too many puffs on his inhaler and found himself banned for a bit.

The stage he won today was the kind I associated him with at the start of that season. However, his performance in 2014 revealed him to be not just someone with a fast finish on hilly days, but a rider who can hang about on the longer climbs too. As such, it’s worth committing his name to memory as there’s an outside chance he could compete for the overall.

Speaking of which, big hefty Marcel Kittel was dropped with about 50km to go, so the race has a new leader. It’s Tom Dumoulin who would have been back in the pink jersey anyway simply because he wasn’t dropped, but actually went one better than that by finishing second. He leads the impeccably named Bob Jungels by 20 seconds.

Broad-shouldered Steven Kruijswijk (please abandon so that I don’t have to type your name again) finished third, dragged along in Dumoulin’s wake, while Alejandro Valverde did his usual thing and sprinted for fourth.

One major rider to lose time was Ryder Hesjedal, who finished a minute or so down. I’m tempted to say that I predicted that this would happen, but my prediction also hinges on his having something of a resurgence in the third week, so let’s wait and see.

I should also have mentioned that one of the riders featured in my preview crashed out on stage three. Jean-Christophe Péraud has a bit of history in this regard. In the 2013 Tour de France, he crashed and broke his collarbone while warming up for the third week time trial. Unfazed, he rode it anyway, but fell onto the same side on a corner where his family had gathered to watch. On this occasion, Péraud’s team-mate slid in front of him on a roundabout. Péraud hit his bike, went over the handlebars and landed on his face.

I wouldn’t call it flat, but sounds like it’ll be a sprint finish.

More importantly, we’ve had our first culinary update. The race organisers sometimes include information about local food and drink in their press releases and this is always the most interesting bit to these eyes. Tomorrow’s stage is in an area known for different kinds of nougat and also for Liquore Strega, a yellow booze made using saffron and a load of herbs. 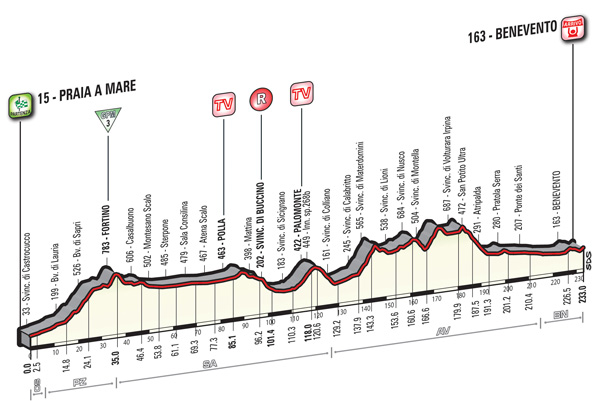