Stage 14: Fabio Aru learns that the peloton is long 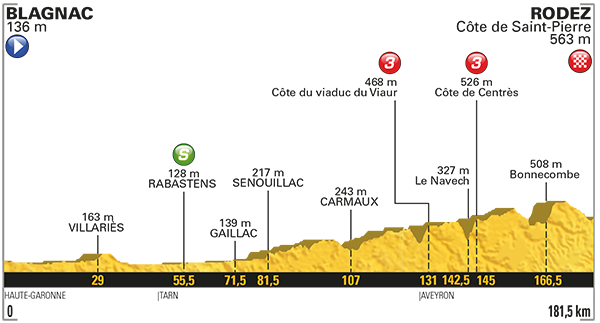 As cocky finishes go, Michael Matthews’ 50m long no-handed roll to the line was up there. Greg Van Avermaet couldn’t catch him even when he stopped pedalling – although the ghost of Peter Sagan had surely long since finished. 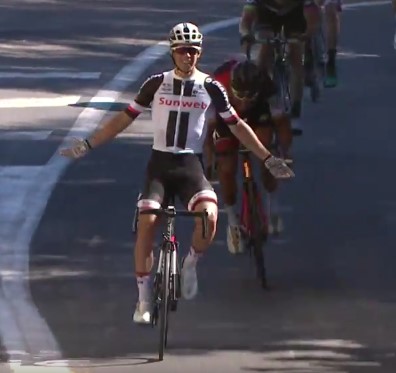 It’s worth watching the final kilometre, because bigger time gaps opened than on the average mountain stage. Key to this was the size of the bunch and the speed leading into the climb.

The final slope followed a load of flat roads, so successful riders had to be capable of two things: riding quickly on the flat, and short, intense uphill efforts.

Matthews can do both, and so can Chris Froome.

Fabio Aru probably didn’t mind the hill, but partly thanks to the punishing speed of the approach to it, he arrived at the foot of it right near the back of a still fairly sizeable peloton. His rivals had a significant head start on him even before he started trying to weave round all the broken riders whose lungs had burst.

The Italian finished 25 seconds after Matthews and more importantly 24 after Froome, which meant that he surrendered the yellow jersey.

Who needs a Pyrenean monster when you’ve got the 500m Cote de Saint-Pierre?

30 points for Matthews and ball-all for Kittel means the Australian has moved within 100 points, which is still loads really.

I’m not even going to include a screengrab for you to pore over. 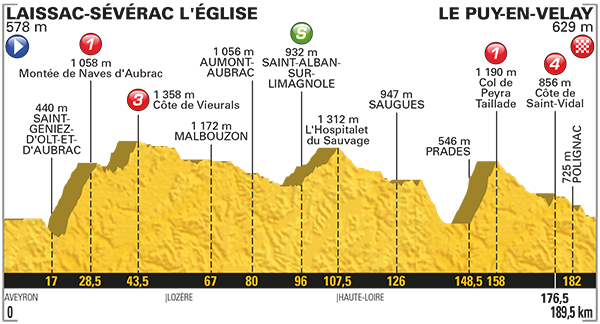 A ‘mid-mountain’ stage, which means it’ll probably be more interesting than all the more obviously meaningful ones.