Vincenzo Nibali stays the right side of the barriers 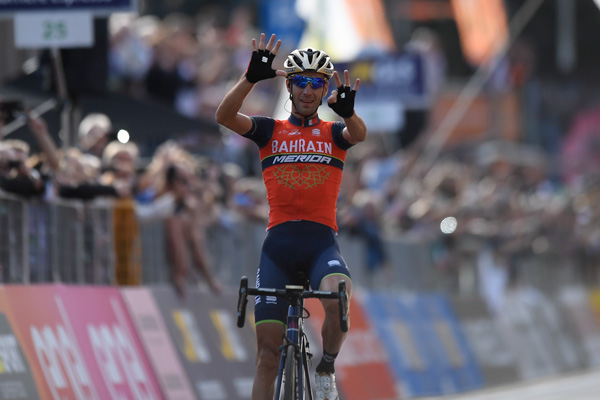 Vincenzo Nibali won the final Monument of the season on a day defined by descending.

The Sicilian is pretty good downhill but also had to be strong enough uphill to be right at the front for the summit a handful of kilometres from the finish.

With the gap made, all he needed to do was risk life and limb to ensure no-one could catch him on the plummet to the line.

“I did the descent safely,” he said afterwards – which with hindsight was technically correct.

Julian Alaphilippe was second. It was the 25-year-old’s fourth runner-up spot in one of the big one-day races. He was also third in this year’s Milan-San Remo. You’d think a big win will arrive sooner rather than later.

However, the race was arguably most memorable for Laurens de Plus’s spectacular crash while off the front of the peloton.

This is not how you take a corner on a descent.

Despite vaulting over the barriers while his bike passed somewhere above, de Plus somehow avoided the worst of the precipitous drop and was basically unharmed.

This was a great relief and the fact that Jan Bakelants broke his back coming off in the exact same spot has largely passed people by because there’s no footage of it.