Peter Sagan isn’t from the Netherlands 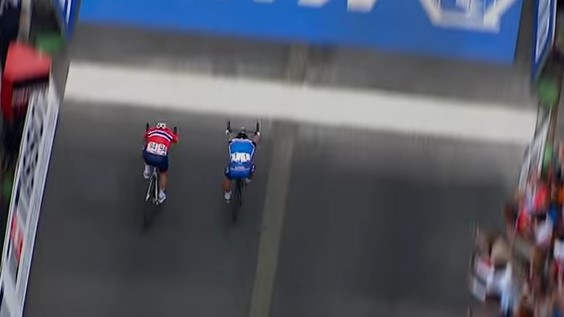 The most high profile win, however, was Peter Sagan, who won the men’s road race for the third year on the bounce. After 267.5km, he beat Alexander Kristoff by about an inch, which must have been a tad vexing for the Norwegian.

Unlike many of his rivals, the Slovak hadn’t done any reconnaissance of the circuit ahead of the race, explaining, “I could go today but I don’t want to,” shortly after arriving in Bergen.

He pointed out that he’d be riding the loop 11 times in the race anyway. “I think there’s a lot of time to see it.”

Next up, and pretty much our last appointment for the season, is the Tour of Lombardy on Saturday October 7. It’s a very good race to watch, if you get chance – not least because there’s a greater chance that it’ll coincide with shitty weather in your neck of the woods, so you’ll feel less like you’re missing out on something. Esteban Chaves won it last year.