It was a funny sort of week. The nondescript stages were the big stages, while the big stage was dramatic but ultimately somewhat misleading. 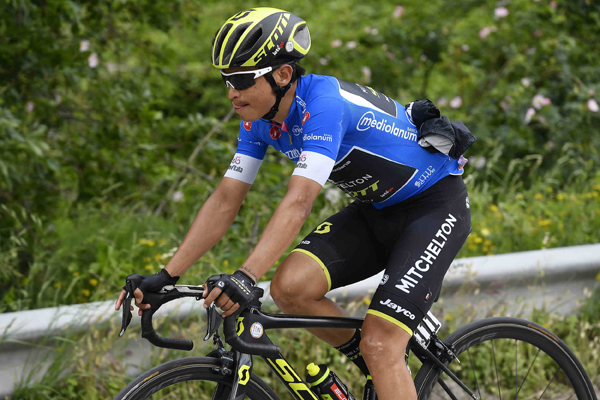 The week started in bizarre fashion with second-placed Esteban Chaves dropped on the very first climb. No-one seems quite sure why. His team director suggested it might have been down to breathing problems brought on by allergies, but it also seems possible that his legs simply didn’t emerge from the rest day in time.

Unfortunately for Chaves, this was the longest stage of the race, so setting off without legs was far from an excellent way to go about things. He and his team-mates, and occasionally some others, chased the peloton hard and at one point they got the gap down to a minute – but a minute’s a hell of a long time when you can’t move faster than the group ahead.

With somewhere close to 100km still to go, the team had to give up the chase. In the end, he lost 25 minutes.

The next day, stage 11 was all about short, hard efforts up steep climbs. It was not unlike riding in the Peak District.

In that part of the world Simon Yates has gone up some climbs I am very familiar with at speeds I am wholly unfamiliar with. I therefore wasn’t entirely surprised to see him win the stage.

Nor was it unsurprising to see Tom Dumoulin powering along in his wake. He may be bigger than out-and-out climbers, but he isn’t your standard diesel time trialist. He’s good at these short, hard efforts.

Tell you who isn’t though – Chris Froome. He lost 40 seconds. 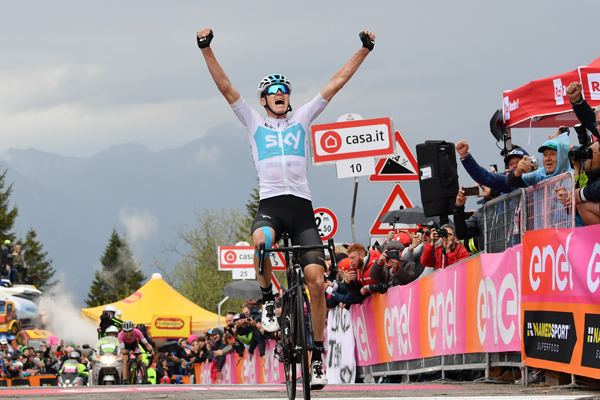 The main event of the week came at the end of Saturday’s stage. Monte Zoncolan is a 10km climb, about half of which is over 15%.

I always think of 15% as being the threshold at which climbing becomes really unsustainable no matter how slowly you try and go. The Zoncolan delivers this sort of gradient for 5km right in the middle – and it’s not exactly a false flat the rest of the time.

The severity meant we quickly got down to the elite climbers, who turned out to be Simon Yates, Tom Dumoulin, Thibaut Pinot, Domenico Pozzovivo, Miguel Angel Lopez and Chris Froome – although a word too for Froome’s mountain domestique, Wout Poels, who dragged everyone along for half the mountain.

Poels’ work was significant, because Froome’s slow start does indeed seem to be seguing into stronger form as the race wears on. His first acceleration pared the group back to just himself, Lopez, Pozzovivo and Yates and a second effort saw him go it alone.

The gap very quickly became 12 seconds, but there it stayed. And then Yates started to close.

There are many different brands of cycling pain, but ‘attempting to ensure a dwindling gap remains a gap’ must be one of the more unpleasant ones. When you’re already giving everything you’ve got and the guy behind is still gaining on you, maximum physical pain combines with psychological torment to create a rich and noxious brew.

Fortunately for Froome, the Zoncolan does (eventually) end and he crossed the line six seconds ahead of his countryman. Pozzovivo was 23s back in third, Lopez was 25s back in fourth and Dumoulin did extremely well to keep his losses to 37s in fifth.

A less wonderful day on the Zoncolan

Fabio Aru lost 2m23s and Rohan Dennis lost 2m35s so we can probably file them away with Louis Meintjes and Esteban Chaves in what I’m going to call The Drawer of Irrelevance.

Aru isn’t poetry-on-a-bicycle at the best of times, but here he plumbed new depths of dorkish agony. His mouth a constant oval, most of his energy seemed to go into flopping his torso from side to side while his legs did little.

A day later, on the final stage of the week, he utterly subsided, losing 19 minutes and spending much of his day ineffectually attempting to waft away the camera bikes. 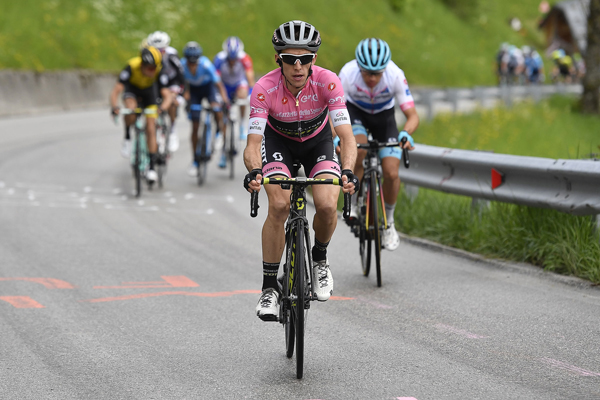 Last week we got to see who was climbing the best. This week we’ve got an idea who’s getting tired.

If Froome’s win had hinted at some shifting of the balance, the following day set us straight. Blunted by his efforts, Froome lost 1m32s. Simon Yates however, attacked on the penultimate climb and won his third stage of the race.

He attacked once and his rivals laboriously reeled him in. He attacked again and they looked at each other and said: “No, you chase him. I’ll sit on your wheel.”

As that intractable debate rumbled on, the gap grew. It ended up being 41 seconds. 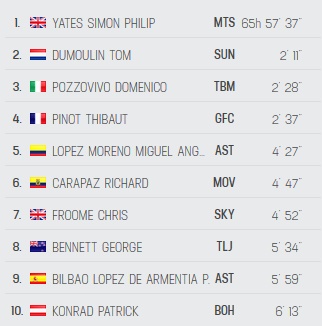 “I’m happy with the gap I have now but it’s far from over,” said Yates. “It could vanish in 35 kilometres.”

He didn’t pluck that figure out of the air. He’s talking about the all-important time trial that kicks off the final week on Tuesday.

According to the organisers, the route is “bumpy and elaborate.” This seems to me to be one of the more misleading translations as it’s largely on straight flat roads. 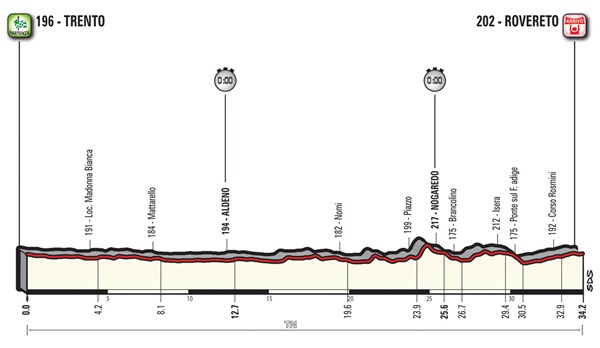 Time trials are most intriguing when a climber is leading a time trialist. Simon Yates is a true climber and as far as Tom Dumoulin’s time trial pedigree goes – well, he’s world champion.

Whoever you’re supporting, the week will be greatly improved if the Dutchman can put minutes into Yates and take the race lead. That sets things up for mountain attacks that may or may not prove successful later in the week.

Will we get that though? Yates is in such great form, and rode so well in the stage one time trial, that he may well retain the pink jersey and just cruise through the final mountain stages.

As for the rest of the week…