Tiesj Benoot was the most Belgian Belgian at Strade Bianche 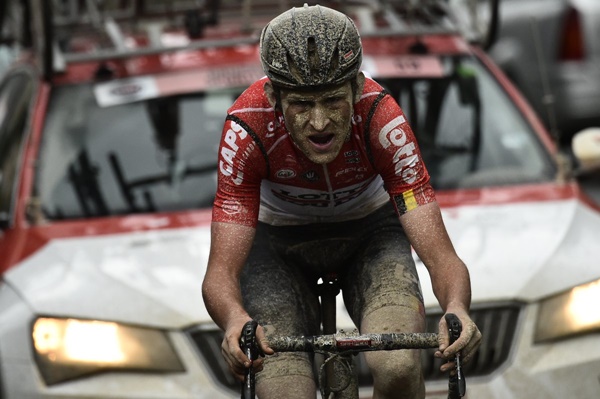 Strade Bianche is named after the white roads it uses. Presumably it should have been called Strade Bruno or Strade Merda or something this year. I have no idea. I don’t speak Italian. 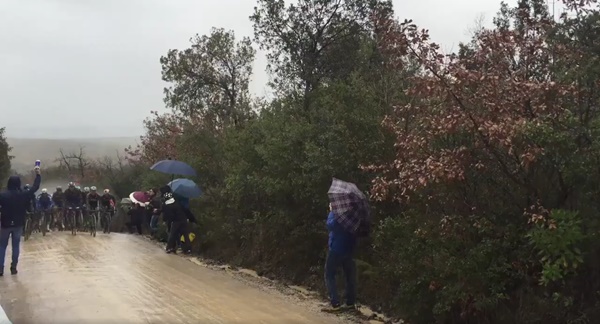 Springtime shit weather racing does of course mean only one thing – Belgians.

The race was won by Tiesj Benoot, who has been earmarked for big things since finishing fifth in the Tour of Flanders three years ago when he was only 20. Oddly, this was his first professional win.

It also wasn’t an enormous surprise to see his countryman Wout van Aert on the bottom step of the podium. The 23-year-old has no great road racing pedigree at this point, but he has been world cyclo-cross champion for the last three years. This race was almost like a mega-cyclo-cross.

Sandwiched between them was… Romain Bardet?

It’s spring stage race week. Paris-Nice will probably have started by the time you read this and Tirreno-Adriatico starts midweek.

Spring stage race week means two things. Firstly, no matter which race they’re targeting later in the season, pretty much all the Grand Tour riders come out to play. Secondly, all the spring classics gnarl-dogs try and get in shape for the one-day racing that’s the main focus in the early part of the season.