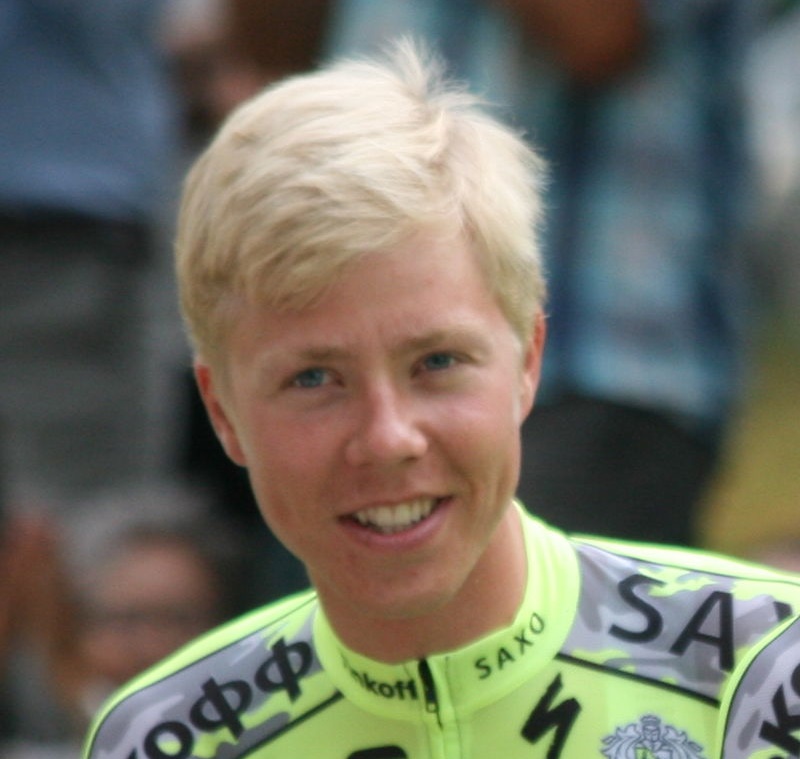 The absolute state of Michael Valgren’s barnet. Just look at it. The colour’s so far beyond comprehension I genuinely can’t work out whether a feathered side parting is brave or a cop-out.

Valgren won Omloop het Nieuwsblad, the first ‘proper’ race of 2018 and a first reveal of who might win the bigger one-day classics over the next month or so.

Clearly aware of two of the more striking recurring features of cycling interviews, the Dane included both swearing and the word ‘super’ when reviewing his performance.

“It was bloody hard and I am super happy.”

It’s only Valgren’s second year racing the cobbled classics. Last year he came 11th in the Tour of Flanders and 6th in E3 Harelbeke, so he’s probably one to watch.