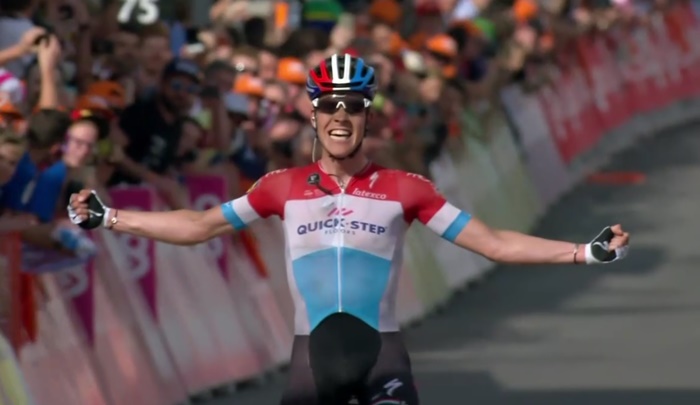 This is not a race report. You can’t report on a race that took place over a week ago. This is more of an explanation tied up with a bit of record-keeping for when I need to check who won this year’s race at some distant point in the future.

Bob Jungels is ordinarily a very memorable cyclist. He has a funny name. That’s normally all I need. There was, however, another factor at play and that factor is known as norovirus.

I don’t know if you’ve ever had norovirus, but take it from me, one thing you almost certainly will not think during norovirus or in the immediate aftermath of norovirus is: “I really should write some light-hearted and hopefully semi-informative words about the winner of this year’s Liege-Bastogne-Liege.”

So the 2018 race went uncommented-upon. And that’s why.

The Giro d’Italia starts on Friday. I’ll try and whisk through some of the main contenders before it begins.

If you’re a longtime reader, you may remember that I ended up doing weekly rather than daily reports last year after my daughter commenced being a visible person. I quite like having a bit more time to dwell on things (and I’m still kind of pressed for time) so I’ll probably do the same thing again. Hope that’s okay.